WHAT YOU NEED TO KNOW ABOUT GRAD UNIONS 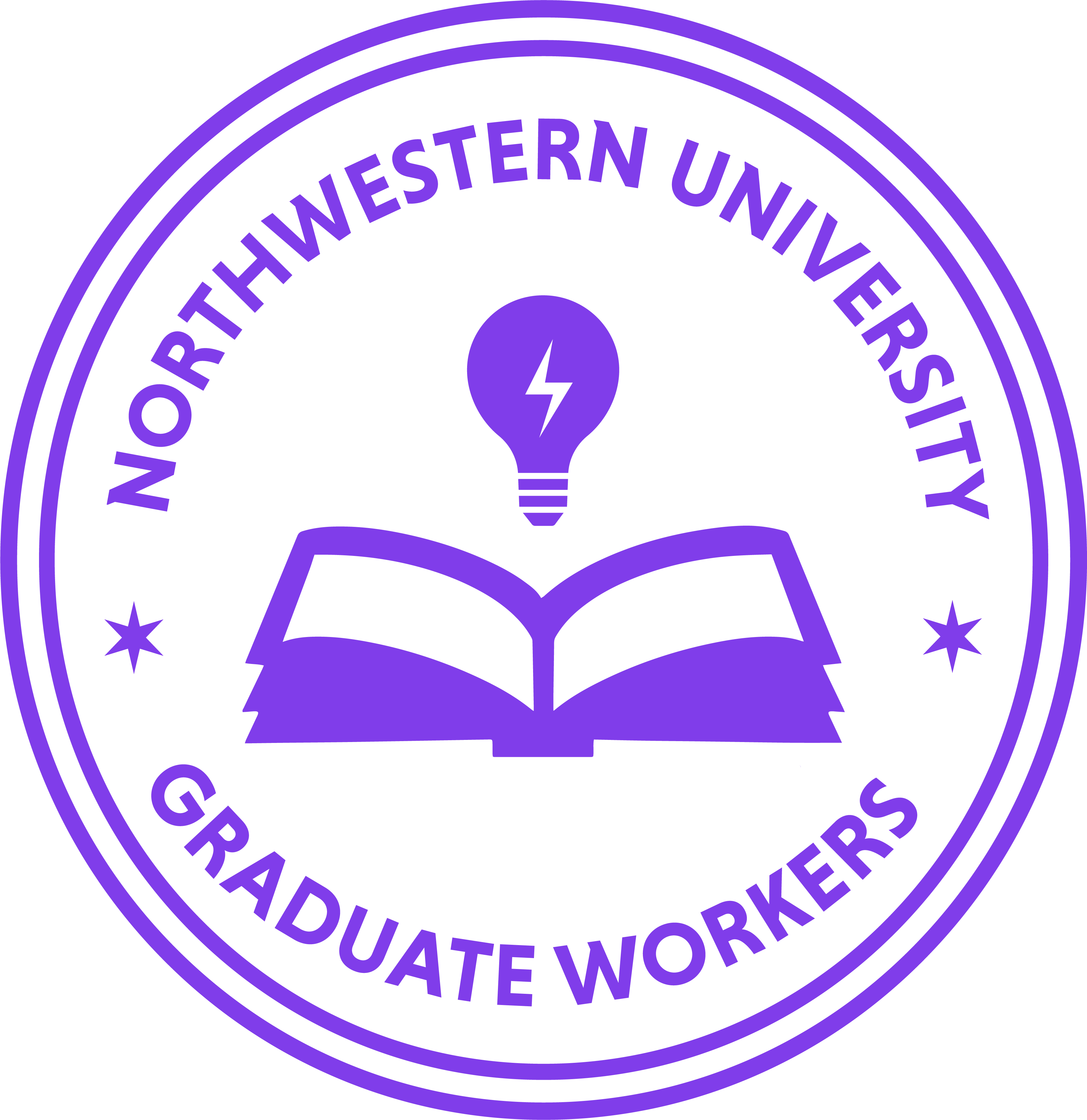 Why YOU should join a Grad Union

As an individual employee, you have limited leverage when negotiating with the Northwestern administration. A union allows employees to pool their labor as a single resource and use it to gain negotiating power, which in turn allows the employees to win additional pay, protection, and benefits for their labor.

Unions give workers a democratic voice in the workplace. When workers are organized in a union, they are able to negotiate for better wages, benefits, and working conditions with their employers.

The information below provides an overview of:

Please ask any additional questions by reaching out to your department organizer and/or contacting us. Armed with this knowledge you can participate more fully and obtain a contract guaranteeing greater compensation both for yourself and graduate workers collectively.

What is a union?

What do unions do?

Unions are a tool through which a workforce, acting as a single entity, negotiates working conditions, compensation, and benefits with an employer. While an individual worker has limited negotiating leverage, a union, representing the full labor force, offers substantial leverage over the employer. This additional power allows workers to secure more substantial improvement to their workplace. Further, as unions are composed of members of the workforce, they allow workers to actively change their workplace, thus making the workplace more inherently democratic.

What is a recognition campaign?

Before a union can negotiate on behalf of a labor force it must be recognized as representing the laborers. This can happen in two ways: first, 30% of workers sign cards or a petition to form a union and submit it to the NLRB there will be a general referendum on union formation with a simple majority of voters deciding the result, alternatively the employer may voluntarily recognize a union as representing a majority of workers. Both processes take broad support from the workforce, so involving every worker as much as possible is essential. NUGW-UE is currently engaged in a recognition campaign, with an upcoming election.

Graduate workers can pledge to vote yes to help contribute!

What is collective bargaining?

Collective bargaining is when a union negotiates with an employer on behalf of the bargaining unit, the part of the labor force represented by the union. During this process the union is represented by a bargaining unit that negotiates terms with the employer’s representatives, and, after sufficient deliberation, an agreed upon draft will be sent to the rank-and-file union members for a ratification vote. In the event that a bargaining unit is unable to negotiate an acceptable contract, rank-and-file members may remove and replace them. After a contract is ratified the protections and guarantees earned by the workers will remain in place for the duration of the contract.

What is a union contract or collective bargaining agreement?

When workers form a union they collectively come up with a proposed contract that includes all of the rules of the workplace as well as any changes to those rules that they would like to see. That proposed contract is negotiated over by the union and the administration until full agreement is reached, then the edited contract goes back to the full union membership for a vote. If the membership ratifies the final contract it will become the official rules by which the administration and workers operate.

Who is the NLRB?

What does NUGW do?

The Northwestern University Graduate Workers is a union of graduate students seeking recognition from the university and the right to bargain collectively for an employment contract. This contract can cover funding, access to healthcare, leave policies, harassment and discrimination protections, and much more. To see our guiding principles, check out our mission statement, and to see NUGW's current campaign priorities check out our platform!

Who runs the union?

The graduate workers do! NUGW is fundamentally democratic, so if you are a member you may vote in elections, run for office, join a working committee, attend organizing committee meetings, and more.

Sign a card, join up, connect with your department organizer, and/or email nugraduateworkers@gmail.com to get more involved!

What is United Electrical Workers (UE)?

Why did NUGW affiliate with United Electrical Workers?

In Summer 2022 the affiliation committee researched a variety of national unions to consider for affiliation, and, after many interviews and presentations, voted unanimously to recommend United Electrical Workers (UE). This was then confirmed in a general referendum of NUGW members where the vast majority (>98%) voted in favor of affiliation.

The main driving factors behind this decision were:

UE is committed to rank-and-file unionism

UE is run by the rank-and-file, meaning the members run the union. Rather than implementing a top-down organizational structure where strategy, policies and finances are controlled nationally, UE operates as a federation of independent locals that make their own decisions. All resolutions and policies, including setting union dues, are voted on by members of UE locals at a bi-annual convention. This ensures a transparent dues structure, where we will have a say in dues we will pay upon securing a contract with the university and retain control over the money we collect.

UE’s experience in higher education dates back to 1995 when members of COGS at the University of Iowa voted to affiliate with UE. In more recent times, UE has fully committed to organizing grad workers across the country. MIT grad workers recently won a landslide union election, and our colleagues at UChicago recently voted to join UE. Importantly, UE has shown that they are committed to hard fights by supporting grad workers in states in which state employees do not have the right to call for a union election because of anti-labor legislation like Indiana Grad Workers Coalition. As workers at a private university, our legal right to unionize is determined by the National Labor Relations Board (NLRB). If the NLRB were to take a stance against our right to organize, as they did during the Trump administration, we are confident that UE will not abandon us in the fight.

UE has championed social justice and equality throughout their history

UE was formed in the 1930s by independent local unions committed to uniting workers “regardless of craft, age, sex, nationality, race, creed, or political beliefs.” UE has a long history of fighting for civil rights, and in 1950 dedicated itself to ending racial discrimination in the electrical manufacturing industry. In 1945, UE demanded and won equal pay for women. A great primer on UE’s extensive history fighting for equality in the workplace was written by our comrades at MIT, and can be found here.

In short, UE’s structure and values closely match those that NUGW has developed during our time as an independent union.

What are the long-term goals of NUGW-UE?

NUGW-UE's current goals are explored in our campaign platform, which you can read in detail on its dedicated page.

Our current priorities are:

What are the short-term goals?

NUGW-UE is engaged in an active recognition campaign, with an election expected soon. We would like to reach every graduate worker at Northwestern, inform them of our goals and strategy, and invite them to pledge vote yes in the upcoming election.

You can contribute to this goal in several ways:

If I join the union, do I have to pay dues?

Dues are not currently required to become an NUGW member. NUGW members can choose to pay voluntary dues at rates of $6, $12, or $18 per month to directly support active organizing work and help reach as many graduate workers as possible.

If you sign up to become a member you can select no-dues, or voluntary dues at any of the three levels, and at any later point can change your level of dues contribution.

Paying dues does not grant any special privileges or responsibilities within the union, but does actively support ongoing organizing.

Do other universities have graduate employee unions?

Graduate employee unions have existed for over fifty years, and they are in place at both private and public universities. Recently, graduate workers at peer institutions of Northwestern such as Harvard, Georgetown, and Brown University have all won pay raises, reduced costs of insurance, and new grievance procedures through their union contracts. In the Chicago region alone, UIC has a union and UChicago and Loyola have ongoing union campaigns.

How do we win our union?

This election is one step on a longer path to unionization that has already completed several steps:

NUGW-UE collected over 2000 cards to authorize an election. If you are a graduate worker seeking to help win our upcoming election:

When will we know details about the NLRB election?

The stipulated election agreement (STIP) between lawyers representing NUGW-UE and Northwestern has been signed! The election will happen on Tuesday January 10th and Wednesday January 11th. View more election details here, and frequently asked questions here. You can also reach out to your department organizrs and/or email nugraduateworkers@gmail.com with your questions.

Are there any risks to joining a union?

Yes, graduate workers are legally considered employees. According to the National Labor Relations Board (NLRB), "student assistants" are statutory employees in that "they perform work, at the direction of the university, for which they are compensated" (NLRB, 2016). In other words, if Northwestern pays you for teaching, researching, and/or any other labor, the NLRB legally considers you an employee and thus grants you the right to organize for better working conditions.

As an international student here on a visa, are there any potential repercussions for joining a union?

International students do, however, face unique challenges throughout their graduate careers. The Trump administration’s targeted crackdown on immigration has deeply affected graduate student communities at Northwestern and elsewhere, either by preventing them from entering the country or by stranding them here for years, unable to visit their families. In addition, the limited access to funding beyond the fifth year poses a unique challenge to international students who are in many cases unable to take on supplementary work off campus. NUGW is committed to fighting for the rights of international students, and to help secure the funding necessary for all NU graduate students to successfully complete their programs.

Could unionization negatively affect my stipends or benefits?

A union contract sets floors, not ceilings, on stipends and benefits. The data across industries shows that those floors are higher on average for unionized workers than non-unionized, including graduate students. If your department or funding source pays more than the minimum that is negotiated in a contract, you will still be able to collect the additional pay and benefits. Many contracts even include “maintenance of benefits” contracts that stipulate that workers may not earn less than they did prior to having a contract.

Do the union’s goals differ from those of students?

While anti-union administrators often invoke the image of bureaucratic institutions out of touch with the cherished customs of a workplace, this is really not how unions work at all. NUGW is run by and for graduate student-workers, so we represent the goals of graduate student-workers! We’re only limited by the amount of contact we have with the student body at large, so get in touch if you have concerns.

Will a union negatively impact the relationship I have with my advisor?

JOIN THE FIGHT FOR A FAIR NORTHWESTERN