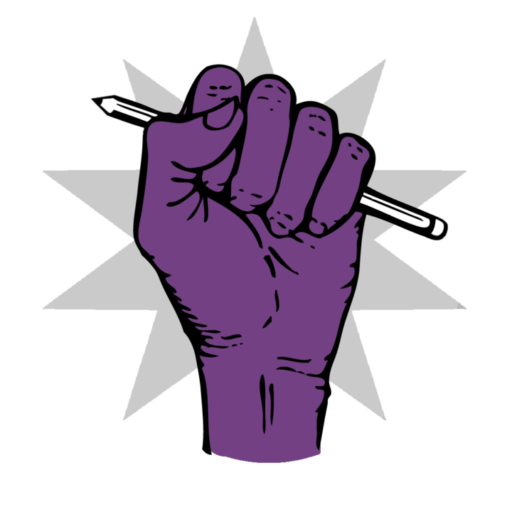 Northwestern repeatedly makes claims about unionization and university finances that can be difficult to sort through. This page has those greatest hits AND the real information that you need to know.

While universities like Northwestern may be afraid of the power of graduate worker unions, evidence shows unions make life better at universities. Northwestern also claims that they do not have the finances to raise your pay, guarantee sixth year funding, or institute other policies that would make your life better. We know better.

Read on to find NUGW's yearly analysis of Northwestern's finances and their stances on unionization.

Each year, NUGW analyzes Northwestern's finances so you can make sense of Northwestern's claims about what they can and cannot afford. Highlights from this year's report include:

You can also access previous financial reports from NUGW:

Why Northwestern lies about unionization

Northwestern has faced several unionization efforts in the last decade including from non-tenure faculty, football players, and our own graduate student unionization effort. In the face of these groups Northwestern administration has repeatedly made speculative and unverifiable claims to disincentivize participation in the union.

In response to this expected opposition, this page includes a compiled list of Northwestern's public claims about unionization in general, as well as graduate worker unions specifically, and a list of counterarguments against the University's claims.

"Stipend increases and funding packages negotiated by a union may not compare favorably to those granted by Northwestern.
Standardization of funding agreements and stipend amounts may limit current flexibility"

A union contract sets floors, not ceilings, on stipends and benefits. The data across industries shows that those floors are higher on average for unionized workers than non-unionized, including graduate students. If your department or funding source pays more than the minimum that is negotiated in a contract, you will still be able to collect the additional pay and benefits. Many contracts even include “maintenance of benefits” contracts that stipulate that workers may not earn less than they did prior to having a contract.

"Health insurance options negotiated by a union may not be an improvement over Northwestern's existing commitments to students."

If Northwestern is dedicated to delivering top quality health insurance to graduate workers then they will enter negotiations with such a proposal. We can then point out places where NU-SHIP fails to meet our needs, as in the prescription medicine price hikes seen in Spring 2020, and negotiate to fix those failures.

A collective bargaining contract would only set a floor to the quality of our benefits and prevent them from being taken away. Therefore, the quality of insurance could only improve over what Northwestern voluntarily offers us.

"Collective bargaining may lead to standardization of schedules and hours" in a way that reduces graduate worker's schedule flexibility.

All informal schedule flexibility can still be pursued freely at the discretion of the worker, but they will be protected from exploitation in cases where workloads are increased beyond what the worker agreed to.

NUGW is a democratic and open organization, so its priorities and focus are directly tied to the most pertinent concerns of its members. Thus, the most important issues facing graduate workers necessarily become the issues most concerning to the union.

"A union will require students to pay dues for their representation; 2% of the total stipend is considered standard"

Unions do require dues to conduct effective negotiations and cover operating costs. NUGW is mindful of potential difficulties paying dues, so a $0 dues option is available on the membership sign-up page.

These dues allow for sufficient organizing and bargaining power to gain raises larger than the dues amount, and all members can vote down any contracts that don't include sufficient raises.

"Eligible graduate students include only those serving as teaching or research assistants."

This is simply not a true statement. The 2016 NLRB Colombia decision clearly states "Thus, we hold today that student assistants who have a common-law employment relationship with their university are statutory employees under the Act. We will apply that standard to student assistants, including assistants engaged in research funded by external grants".

Therefore, all graduate workers, regardless of funding source, are eligible for union representation in accordance to the National Labor Relations Act.

"Should you choose to vote for the union, and the union is indeed elected and certified, this union will become your exclusive representative on wages, benefits, and other working conditions, and cannot be voted out for at least one year. After a year, a union can only be removed through a lengthy decertification process that requires another election."

NUGW is a democratic and open organization, so any dissatisfaction with any union activities can be brought up freely. To contrast the situation presented in the flyer, right now we have no direct representative acting on our behalf in wage and benefit negotiations, and if we are consistently dissatisfied with any of these negotiations we have no recourse.

This union is a collaborative endeavor and it is essential that concerns and complaints are heard, but the effort you put into voicing those concerns is rewarded with true representation for your needs.

"In 2012, TGS Dean McBride reinstituted the student dental plan after learning it was discontinued without proper consultation."

While re-instituting the dental plan is commendable, notice that the Dean had to "learn it was discontinued without proper consultation." This instance highlights the precariousness of our benefits when they are not protected by a collective bargaining contract. Disconnected administrators can remove benefits with no input from students, and we have to hope for a sympathetic audience to override that decision. Meanwhile graduate workers still need those benefits while waiting for Northwestern to reinstate them.

Alex Barbour, a northwestern attorney, claimed "student-athletes are first, foremost and always students as opposed to employees" despite the student-athletes saying they spend "40-50 hours per week on football related activities."

This quote, from 2014, highlights the longstanding anti-union and anti-worker positions that Northwestern has opted to take. Regardless of how much work their workers do they will not relent with claims that all the effort is nothing more than "educational".

We have the benefit of an NLRB ruling that clearly defines our position as employees, but Northwestern's anti-union stance will persist.

JOIN THE FIGHT FOR A FAIR NORTHWESTERN