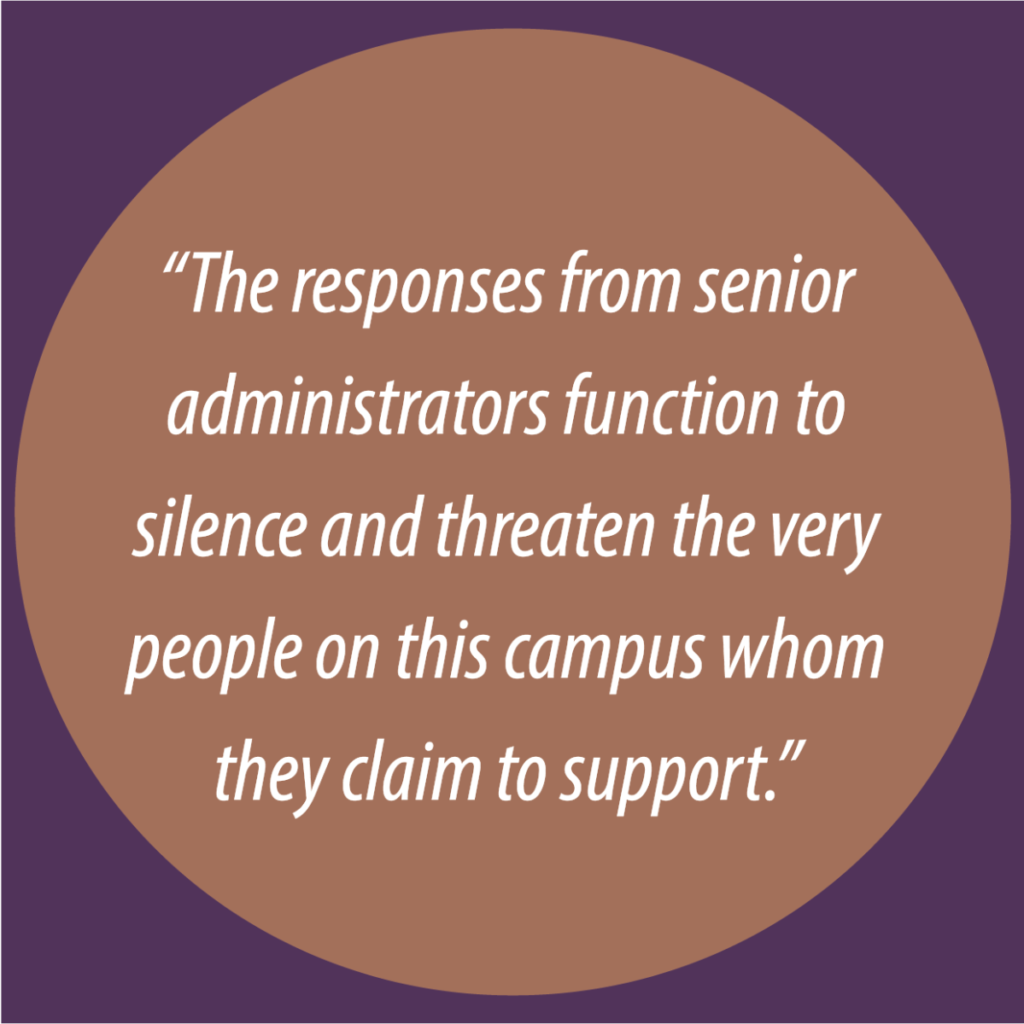 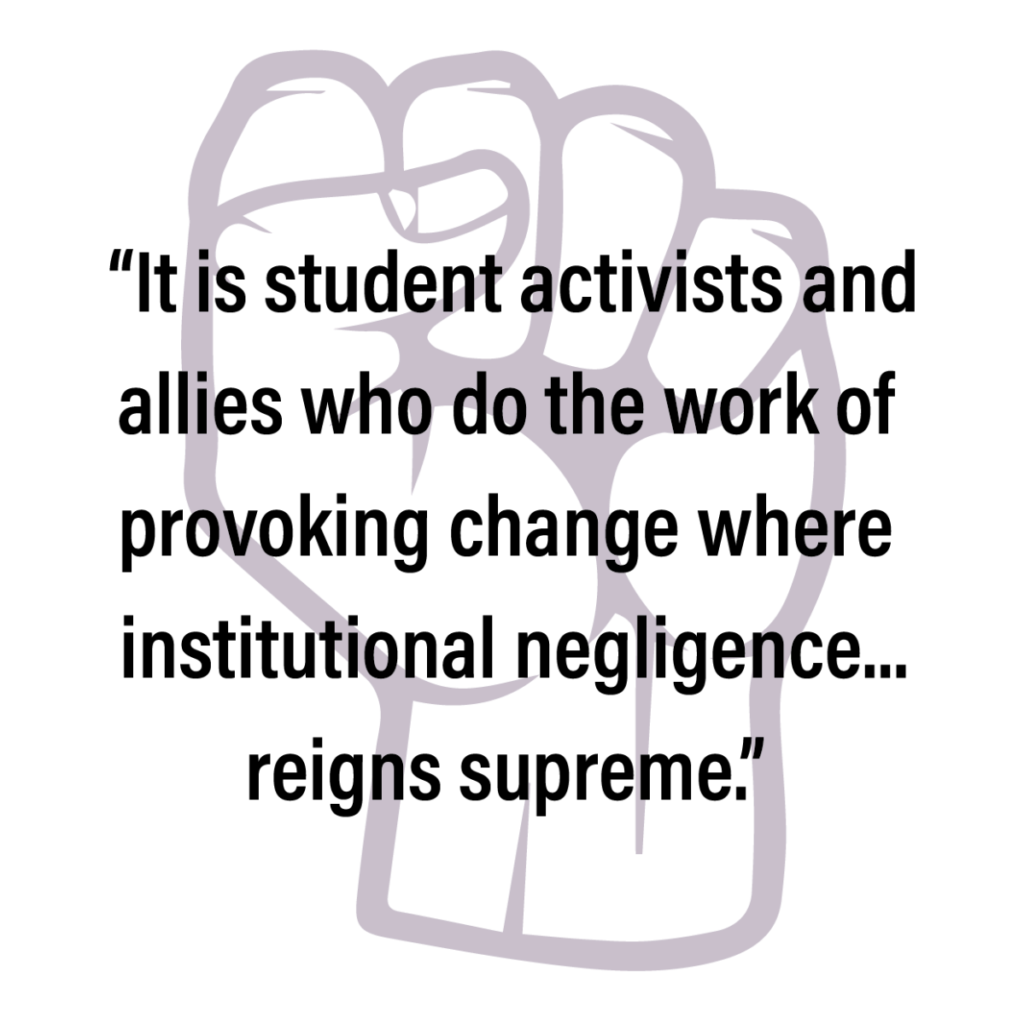 In early November 2021, writing on the Rock celebrating Native American Heritage Month was vandalized. Shortly thereafter, student activists stormed Ryan Field during a football game to protest the university's harmful investments. Guess which one was condemned by the administration?

This statement was jointly written by NUGW members in order to contextualize emails the Northwestern community received following these events. It concludes that the threats to persecute peaceful protest, combined with deflective negligence following racist hate crimes, reveals the administration's commitment to its own power and image at the expense of student well-being.

In addition to the analysis, the statement also reiterates the demands of the student protesters and talks about how to support them. NUGW stands in solidarity with the students, organizations, and under-represented community members who do the real work of creating meaningful change on campus.

Read the full statement below:

Posted in Statements of support, Updates